How to prevent floated images in MS-Word from jumping around?

By default, a graphic is placed into the document as an inline image at the insertion point. An inline image is a graphic that is treated as a character of text would be treated. As far as Word is concerned, the inline image is just a really big, funny-looking letter. When you edit the surrounding text, the picture scoots over to make room, just like text would scoot.

You can drag an inline image to a different location, but it will continue to be treated as a text character, so you can drag it only into a spot where you could drag text; you can’t drag to the far left or right of the paragraph, for example. That’s the nature of an inline image.

If you need more flexibility that that, you’ll need to change the picture’s Text Wrap setting so that it is no longer an inline image, but rather a free-floating object. 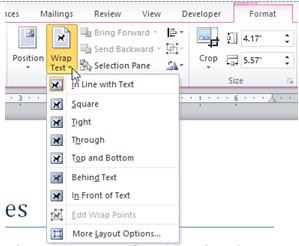 Here is an explanation of the text wrapping styles. 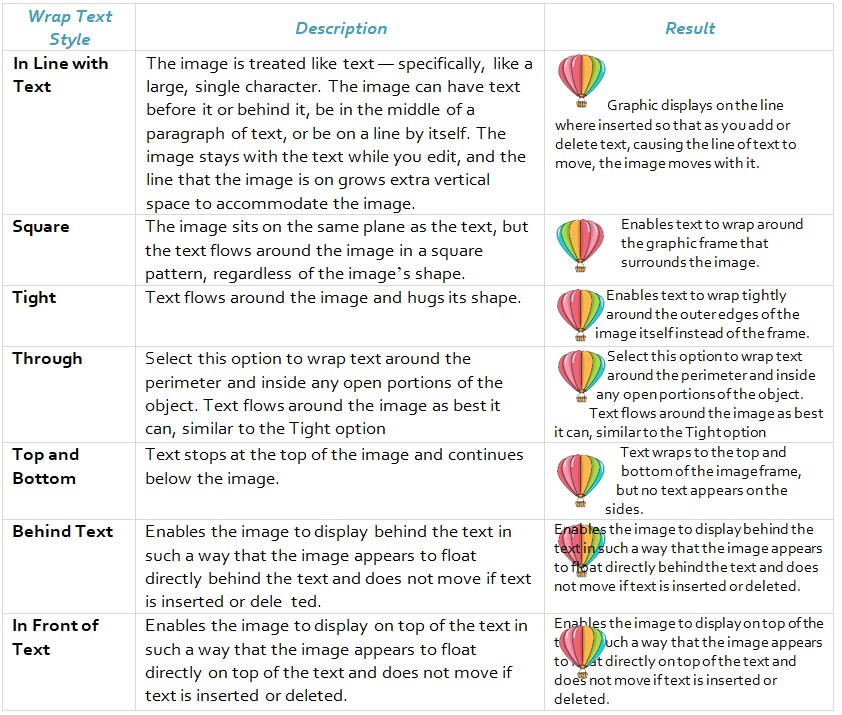 If you want to control the position of a wrapped image, right-click on the image and select Size and Position. 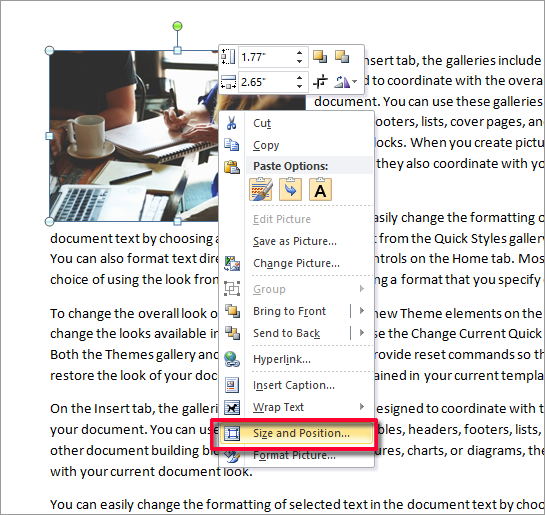 On the Position tab pay attention to the Move object with text and Lock anchor buttons. 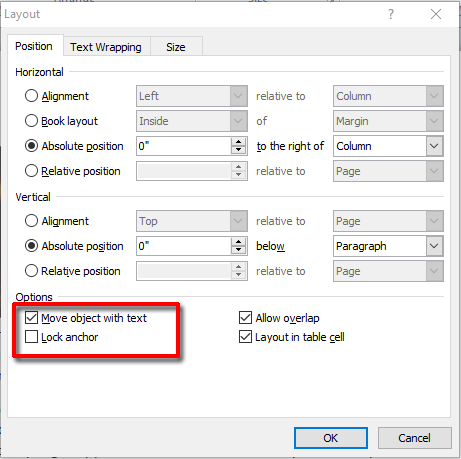 You can anchor an image to a block of text so that when the text is moved, the image moves with it.

If you’re still having trouble you can try using a table for paragraphs that have images next to them.  Use two columns and place the text in one and the image in the other.  Remove the borders.  In the following image, the grid lines are displayed to identify the table, but you can of course turn off grid line display.